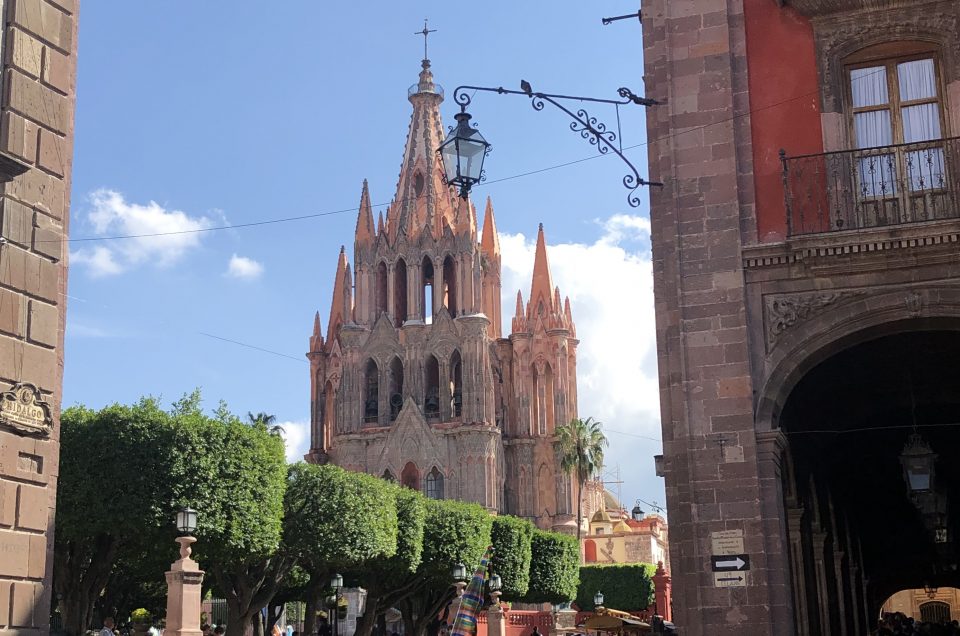 Most of us are already familiar with Mexico City, Guadalajara, and Tijuana as popular metropolitan retirement destinations. And we all know that Puerto Vallarta, Cancun, and Cabo are perfect if you’re looking for a party on the beach. But if you’re interested in a quieter place to settle down, author Travis Luther (The Fun Side of the Wall: Baby Boomer Retirement in Mexico) says you should consider visiting these three small towns as you explore retirement in Mexico: San Miguel de Allende, Tulum, and Lake Chapala.

As part of the research for his book, Luther interviewed over 500 Baby Boomer retirees already living in Mexico and visited many expat enclaves. Though he says these three places are by no means the tiniest of the towns occupied by expats in Mexico, their small size, proximity to major airports, and the availability of modern healthcare make them great places to start for people who enjoy the slower side of retirement.

A full 10% of the population of San Miguel de Allende is expats, the majority of whom hail originally from the United States and Canada. As of 2019, 12,000 U.S. and Canadian expats call San Miguel home. With an increasing number of U.S. expats living in San Miguel, locals joke that the city has become more like Minnesota than Mexico.

San Miguel is located in central Mexico, a 10-hour drive from Laredo, Texas, in the state of Guanajuato. Tourists frequent the well-preserved city center and its elegant buildings, some that date back to the 16th and 17th century. The grandeur of the city provides a stunning backdrop for retired expats who enjoy the cultural, entertainment, and recreational activities around the district.

A noticeable number of first-wave expats into San Miguel, particularly from the U.S., were artists. The City is home to The Instituto Allende, a visual arts school that opened in 1950 and attracted soldiers post WWII who came to study on the GI Bill. Even today as a wider range of expats move into the city, parts of San Miguel maintain the feel of an artists’ colony.

In addition to its favorable cost of living and cultural offerings, San Miguel scores big with expats because of its mild climate and low crime rate. It also has an international airport within a 90-minute drive, making it relatively easy to reach from the United States. This is a key consideration for a good number of retirees who have children and grandchildren in the States.

San Miguel epitomizes one of the three trends that encourage American retirees to emigrate to Mexico. In San Miguel, American expats have a tremendous influence on the city’s overall scene. From organic bistros to clothing stores that feature American fare and english language entertainment, strolling through some parts of San Miguel it can be hard to tell if you actually departed the States.

Tulum is located on the eastern edge of the Yucatan Peninsula and boasts a vibrant culture with rich historical significance as well as amazing weather that makes it an excellent place for expats and tourists alike. Tulum’s name is a nod to its place in history. Tulum means “wall,” and it reflects the Mayan and Zama civilizations that built great structures into the limestone cliffs overlooking the shores of this coastal city. Some of these structures (like the Castillo and the Temple of the Frescoes) are still present today. The ruins are a tourist attraction.

Tulum is a small but growing community with a population around 20,000. Its proximity to destination hot spot Cancun (about 90 minutes away) has given it a reputation that exceeds its small size. It is known for its “zen” feel, with gorgeous beaches, vegan restaurants, and plenty of places to practice yoga. Tulum is a place where someone can get in touch with their inner self, be a part of a meaningful community, and enjoy the beauty of nature all at once.

Straddling touristy and authentic, there are lots of places to eat and things to do in Tulum. The town has enough to keep residents busy without the hustle and bustle of full-blown tourist destinations. There is also an eco-centric hotel zone, and plenty of beachside eateries.

One thing that makes Tulum attractive is its weather. In addition to the beautiful beaches and lush jungles, the weather tends to stay between 60 and 85 degrees most months of the year. The average for the warmest months (July and August) is about 90 degrees, making this paradise warm without sweltering.

Expats living in Tulum report that the locals are friendly and welcoming, and help them adapt to the culture and learn the language so they can take advantage of the many activities Tulum has to offer, including scuba diving and climbing the ruins.

Tulum is a fast-growing expat location, and that means that it has a lot to offer in the way of amenities. Many expats are digital nomads who work abroad virtually, giving them freedom to enjoy all Tulum has to offer.

Amazon delivery makes shopping easy, and plenty of local shopping outlets are available for groceries and day-to-day necessities. Healthcare, too, is very affordable; doctor’s visits are much less expensive than U.S. healthcare.

Overall, this gorgeous and historical small city has a lot to offer inhabitants both in the way of scenery and community. It’s a great time to get involved in this growing spot.

Lake Chapala is Mexico’s largest body of freshwater. The lake is located just 30 miles south of the city of Guadalajara, in the state of Jalisco. The Lake Chapala region currently consists of three main villages, including Jocotepec on the northwest corner of the lake and Ajijic and Chapala further east. The year-round permanent population is approximately 40,000 residents, of which 6,000 to 10,000 are English-speaking expatriates. Seasonal winter influxes can elevate this number to as high as 20,000.

Lake Chapala came to international attention in the late 19th century. President Diaz conceptualized Lake Chapala as Mexico’s international tourist destination. The arrival of the rail lines quickly attracted North American and European visitors and the area has remained a popular destination ever since.

Much like San Miguel de Allende, Lake Chapala is also a haven for writers, painters, poets, and photographers. The villages are filled with shops selling arts and crafts from both local and expat artists. Writers find the slower pace of life gives them more mental space to be creative, while the nearby lake and surrounding mountains provide a wonderful backdrop for photographers.

One of the things that makes retiring in Lake Chapala especially attractive is the existence of the Lake Chapala Society (LCS). The LCS has been in operation for over 60 years and helps newly arrived expats assimilate easier with spanish language classes, social activities, and medical screenings.

Retiring in Mexico can be a wonderful adventure. If you’re thinking about a move south of the border, but interested in the road less traveled, consider visiting these three smaller towns before putting down your Mexican roots. Whether it’s big cities or little towns, Mexico really does have a place for everyone.