Tijuana – More Than Just a Party Town Tijuana is the largest city of both the state of Baja California and the Baja California Peninsula. Located in Northwest Mexico along the Pacific Coast, and just miles south of San Diego, […]

Tijuana is the largest city of both the state of Baja California and the Baja California Peninsula. Located in Northwest Mexico along the Pacific Coast, and just miles south of San Diego, this vibrant community offers residents a full and rich lifestyle.

Over the last century, the city of Tijuana has gained a reputation for being a dangerous party city of sin and debauchery. However, visitors to this border town are often surprised to uncover the real Tijuana. In reality, TJ (as it’s known to expats) is a diverse cosmopolitan community which includes thousands of expats from all over the world. It is also home to one of the fastest growing populations of United States citizens seeking a better life in Mexico.

If you are considering retiring in Tijuana or even just visiting, here is what you need to know about this historic Mexican city:

A Brief History of Tijuana, Mexico 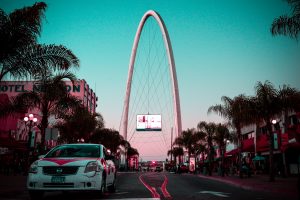 Originally established in 1889, Tijuana was immediately a tourist town with large numbers of Californians crossing the border for trade and entertainment. This led to a land boom in the 1880s as Americans came looking for a new life south of the border. By the 1930s it became a popular location to escape Prohibition. In the 1960s, the city itself began to mature and attract foreign companies and investors. While it still boasts an active nightlife, the city offers so much more to residents and tourists.

The city itself lies along the Tecate River near the Pacific Ocean. The local community relies heavily on tourism for its revenue. More than 300,000 people a year cross into Tijuana either by foot or car.

Most people cross into Tijuana at the California border. There is an easy pedestrian bridge that crosses the border known as Cross Border Xpress. This connects the Tijuana International Airport to San Diego. The airport offers access to more than 30 destinations in Mexico. You can also drive across the San Ysidro Port of Entry.

If you arrive at the Tijuana International Airport, you can choose to take either the Tijuana Airport Bus or an airport taxi to your final destination. You can also use Uber to get to and from the airport or around town. Uber offers residents and tourists a great, cheap way to get from destination to destination without the need to rent a car. The cheapest public transportation is the bus for 10 pesos (60 cents). The busses are also called calafias. Although buses are nice, you can also get around much of the community by walking.

Activities and Nightlife in Tijuana 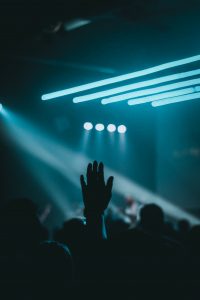 When you live in or visit Tijuana, you can experience a wide range of social activities. If you are looking for some exciting nightlife, you can visit the infamous red-light district Zona Norte Tijuana. This area has many hot nightclubs, bars, and dance clubs that are open all night. Since the drinking age in Tijuana, Mexico is 18-years-old, these bars often attract many American college students. This is especially true during Spring Break or other U.S. campus holidays.

Zona Rio is Tijuana’s new Downtown and home to some of the finest restaurants and bars in the area. It is a farm-friendly community with close proximity to the Pacific. That means Tijuana has access to incredible raw and organic ingredients that rival anything found on America’s West Coast.

If you are looking for adventure, head down to the Tijuana Beach, Tijuana River, or Cerro Colorado. The Cerro Colorado is a 1.7 mile out and back trail that offers scenic views of the region and is the highest elevation point in Tijuana. You can also choose to go river rafting and tubing along the Tijuana River or take the kids to Flyers which is an indoor park with trampoline games.

History buffs will be excited to learn that Tijuana has a rich history and culture. You can find it on display at the Trompo Interactive Museum and the Tijuana Cultural Center. When soaking in the culture and history, be sure to check out the Catedral Metropolitana de Nuestra Señora de Guadalupe.

Residents of Tijuana enjoy short, warm and arid summers. Winters are typically long and cool. Expats looking to escape the harsh northern winters will be relieved to know that it rarely gets below 41 °F or above 87 °F. This makes Tijuana a perfect location for a variety of outdoor activities from gardening to hiking.

Playas is one of the trendy and nicer neighborhoods in Tijuana and home to many expats. An exact number of how many Americans are living in Tijuana is hard to come by. Unlike some of the other expat communities along the coastline, Americans in Tijuana are more spread out. To connect with many expats in Tijuana, you can join their Facebook group.

Cost of Living in Tijuana 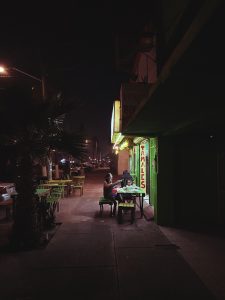 Owning and Renting a Home in Tijuana

If you are looking to rent a house head over to Home Away to browse the local rentals. If you wish to purchase a home, you can check out a variety of realtors in the area including Point2Homes and Century 21 Global.

Many Americans believe that the medical care in Tijuana is inferior to the type of care you would receive in the states. However, this is simply untrue. Local medical care in Mexico is often on par with care in the United States and offered at a fraction of the price. Residents here can take their pick of two prestigious medical institutions: Advanced Health Medical Center and Oasis of Hope Hospital.

If you are looking for some advanced education, Tijuana has numerous colleges and universities to choose from, including Tijuana Institute of Technology, Universidad Iberoamericana Tijuana and Xochicalco University Campus Tijuana. You can also choose to learn spanish at the Spanish Institute. You can also visit numerous English bookstores in the area.

The Numbeo Crime Index (which relies on resident surveys and self-reporting, and not necessarily official crime data) gives Tijuana a score of 65. Crime levels of between 60 and 80 are considered High on a scale of Very Low to Very High.

According to the United States Department of State’s Bureau of Diplomatic Security, Tijuana is a place “with an ever present and very real crime problem.”

However, much of the area has changed in recent years. The State Department’s Overseas Security Advisory Council (OSAC) reports that “violence is largely limited to Tijuana’s outlying areas and not concentrated in tourist zones.” In order to stay safe in Tijuana remain vigilant at all times and do not venture out at night alone. And keep in mind that though violence in Tijuana is a real threat, the instances in which it spills over to tourists and U.S. expats is still remarkably low.

With a little bit of planning, moving to Tijuana can be an amazing experience. The town has a vibrant nightlife and incredible culture and community. People who love the outdoors will especially enjoy the beaches and hiking trails. Americans on a budget will enjoy the low cost of living and how far their dollars stretch. For seniors, Tijuana is an ideal location to retire because of its close proximity to the United States and low cost of quality medical care. If you are looking for an incredible retirement experience that maximizes your retirement dollars, Tijuana is one location you will definitely want to check out.

The Fun Side of the Wall: Baby Boomer Retirement in Mexico

Travis Scott Luther is the best selling Author of The Fun Side of the Wall: Baby Boomer Retirement in Mexico. Luther is also a former Adjunct Professor of Entrepreneurship at MSU Denver. He received his Masters Degree in Sociology from the University of Colorado Denver where he later served as Entrepreneur in Residence.

Purchase Options: Buy from Amazon.com, buy from Barnes&Noble.com, or buy from Our Website.

Photo by Gautam Krishnan on Unsplash

Photo by Evaristo Villegas on Unsplash

Photo by RD McClenagan on Unsplash

Photo by Barbara Zandoval on Unsplash