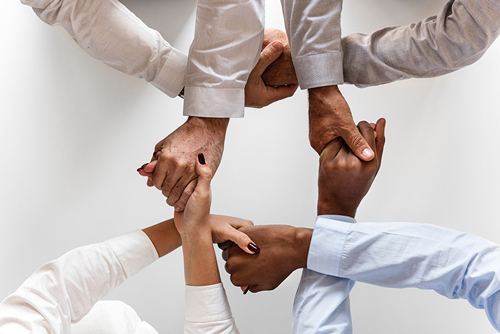 The Baby Boomer generation is less racially diverse than the U.S. population as a whole. According to the most recent U.S. Census data, in 2010 64% of all Americans reported White, 13% reported African-American, and 16% percent reported Hispanic. For U.S. Baby Boomers, race is distributed as follows: 72% White, 11.6% African-American, 10.5% Hispanic, and the remaining 5.9% a mix of other races.

In my book, When The Buffalo Roam: U.S. Baby Boomer Migration into Mexico, I was curious if this racial distribution held true of the Mexico Boomers. Would Baby Boomers with a Hispanic heritage be more likely to retire in Mexico than white Baby Boomers? Would I be just as likely to run into an African-American Baby Boomer in Mexico as I would be in the U.S.? To answer, I asked participants to mirror the U.S. Census Bureau and check the category that indicated their race. The available categories were Black/African-American, Asian/Asian-American, Hispanic, Native American, White, I don’t know, I’d prefer not to answer, and Other.

The survey results show that not only are the Mexico Boomers less racially diverse than the U.S. as a whole, they are far less racially diverse than their U.S. Baby Boomer counterparts. In fact, whereas 72% of U.S. Baby Boomers are white, 90% of the Mexico Boomers are white, meaning you would be far more likely to run into a white Baby Boomer in Mexico than in the United States.

With regard to Hispanic Mexico Boomers, only 8.5% reported being so, showing that Hispanics are no more likely to choose retirement in Mexico over their U.S. counterparts, and, further, that being Hispanic might actually make one less likely to consider a Mexican retirement.

Most surprising was that only 0.3% of survey participants reported being African-American. Because African-Americans make up nearly 12% of the Baby Boomer generation, it’s worth diving into this finding and considering some possible explanations.

African-Americans of the Baby Boomer generation have had far tougher financial struggles than their white counterparts. They have had historically low wages when compared to whites. Fewer have broken into the middle class. Even into 2016, median household income for whites was $56,041 as compared to $39,490 for African Americans. While African-Americans may make up only 12% of the population, they make up 22% of all people in the U.S. who live in poverty, including 34% of all African-American children. All in all a black person in the United States is more than twice as likely to live in poverty as their white counterpart.

With regard to retirement savings, instead of improving over time, the gap between what black families and white families have saved has actually widened. As of 2013, the average white family had $130,000 in retirement savings as compared to $19,000 for African-Americans. With regard to general wealth, between 1963 and 2013, whites have accumulated over 4 times more in assets than their African-American counterparts. While we would like to believe we have been moving towards more racial parity in the United States, the facts are that we have been drifting apart.

Working within the primary hypothesis that people who move to Mexico do so because they can’t afford to retire in the United States, we would expect to see African-Americans over represented when compared to race distribution in the United States. But what we actually find is quite the opposite – those in the U.S. with the direst financial retirement situation (African-Americans) are the least likely to retire in Mexico.

Having money during migration matters because it allows for a safety net should a migrant face any challenge, make a mistake, or simply suffer bad luck during the course of a move. For a majority of African-American retirees, that cushion does not exist, meaning that an unsuccessful migration could be catastrophic, or, simply not be possible in the first place.

The criticism some African-Americans endured for not leaving New Orleans before and during Hurricane Katrina helps highlight this unique predicament. This criticism came from uniformed outsiders who had a hard time imaging someone could have zero resources needed to pick up and move at a moment’s notice. But keep in mind that as the storm arrived the government was not offering any travel vouchers or housing assistance outside the city. African-Americans without savings, transportation, or family up north had nowhere to go, and, even if they did, they had no way to get there.

In a broader sense, the same is true for African-American retirees. No matter how financially beneficial a Mexican retirement may be for them, it’s logistically unattainable. And, for those African-Americans who may be able to afford a move, their migration may be further hindered by the fact that African-Americans have fewer friends, family, peers, or established migration networks in Mexico as compared to their white counterparts.

As noted in an early chapter in the book, migrants who move to a new country where they have existing family, or, an existing racial or ethnic base are far more likely to have a successful migration than those who do not. With regard to African-Americans, there is little in the way of a rich and stable migrant community to ease the burdens of late life migration and welcome them to their new home. This is not to say that African-Americans who do move to Mexico are not accepted or assisted by their established white counterparts (I know that they are), but they do arrive at a financial, cultural and familial disadvantage that can severely hamper their chances for continued success.

Taking all of the above into consideration, it makes more sense that African-Americans would be underrepresented compared to the rest of the Mexico Boomer population. If the existing Mexico Boomers have an interest in creating a more racially diverse Mexican retirement population, they will have to consider creative ways to reach non-whites back in the U.S. and assure them the expat community in Mexico has the safety nets required to make a successful move down south.

Travis Luther is a Denver, Colorado writer and educator. He is a former Adjunct Professor of Entrepreneurship at Metropolitan State University of Denver and currently serves as Entrepreneur in Residence at the University of Colorado Denver, where he received his Master’s Degree in Sociology. Luther first became interested in Baby Boomers retiring in Mexico during graduate school. His Masters Thesis research contributed to the content in this book. He continues to be interested in U.S. expatriates retiring all over the world and continues to monitor those who have retired in Mexico.

DON’T WAIT: Pre-order – When The Buffalo Roam: U.S. Baby Boomer Migration into Mexico now and get the Kindle or E-version FREE. $29.99 Hardcover Only – Release Date: August 1, 2018.