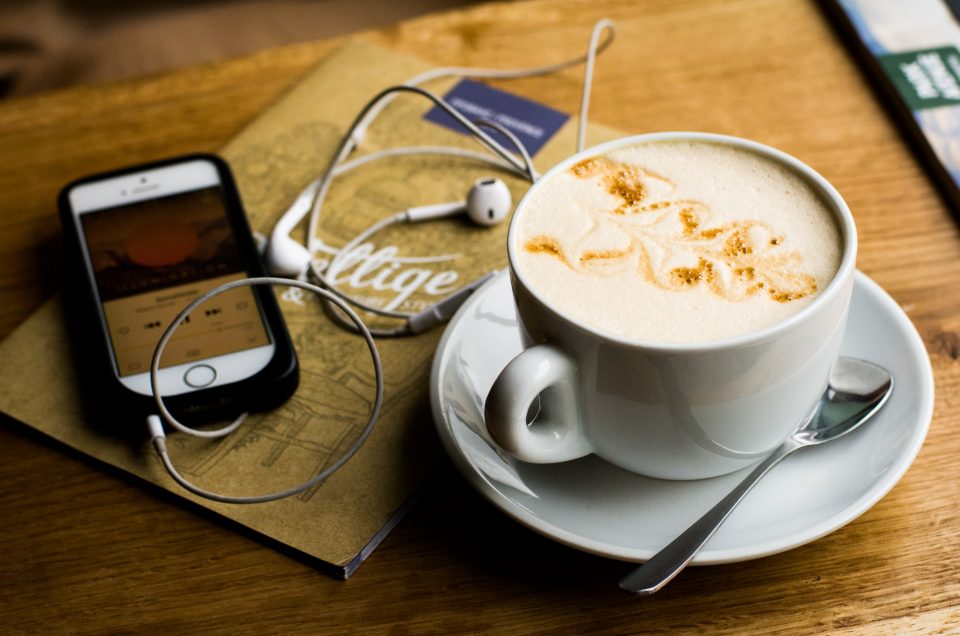 When I talk to people about moving to Mexico, one thing I hear over and over again is, “Oh, but I’m too old to learn spanish.” I think that is just another generalization about older people that’s accepted but just not true. If you’re NOT too old to learn about politics, engineering, or the intricacies of baseball, you’re not too old to learn a new language. But like any new learning endeavor, the key to success is support and repetition.

This is not a blog post about HOW TO learn spanish, but rather another piece of advice that has served me well as I continue to learn spanish on my own: TRY AND LISTEN TO OR READ SOME SPANISH EVERY DAY. This repetition helps reinforce learning and keep new words and phrases at the top of your mind.

To help me HEAR more spanish, I listen to a number of spanish language podcasts. These are not simply podcasts recorded in the spanish language, but rather podcasts that combine english and spanish to help people learn and retain spanish faster.

Every morning I walk my vizsla, Lexi (who is Hungarian and not spanish), about four miles. It takes us about an hour (give or take how many birds she finds). In that time, I can generally listen to about 30 minutes of one of the following podcasts. This, combined with 15 minutes a day of my Duolingo app, keeps the spanish I am learning in my mind and easier to access when I need it.

So here then, are my top three Spanish learning podcasts: 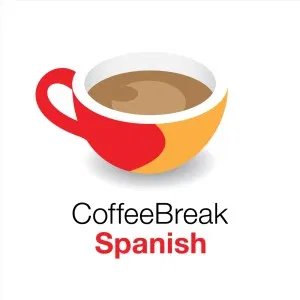 The irony of the Coffee Break Spanish podcast is that it is hosted by a Scottish gentleman who already has a thick enough Scottish accent that his english can be a little tricky to understand (to a U.S. american, anyway). But I have to admit, I love hearing his warm thick voice – he’s like an old friend. And his spanish is perfect (though it’s that Spain style of spanish, with its own unique accent, that we don’t hear much in the U.S. or Mexico).

What I love about the Coffee Break Spanish podcast is that it starts in english. The host will have a co-host from a spanish speaking country. He’ll discuss a contemporary topic or historical event. Then the co-host will read a writing about the topic in spanish. Then, together, they’ll break it down in spanish and english, to help new spanish speakers understand what they are hearing. It’s very informative for learning current news and history of the spanish speaking world (which is over 50% of the world) while also helping you learn and retain your spanish.

Duolingo already has a killer app for learning spanish. They’ve gamified language learning so well that my two sons (who won’t stop playing Fortnite for anything) don’t mind when I interrupt them to work on their spanish in the app.

The Duolingo podcast generally takes a personal interest story or contemporary news story and turns it into a spanish learning experience.

The host gives an english language introduction into what will be discussed and then the story begins in spanish. Unlike the Coffee Break spanish podcast, there is not stopping and breaking down of the spanish into english. Rather, the Duolingo host says, “Ok, today we are going to talk about mothers and childcare. Try and see how much of the following conversation you can pick-up and understand as I give you context clues along the way.” This podcast is more for people who have a little familiarity with spanish and want to see how well they can follow along with simple conversations. Again, it’s an informative way to keep up on spanish related current events while also reinforcing learning. 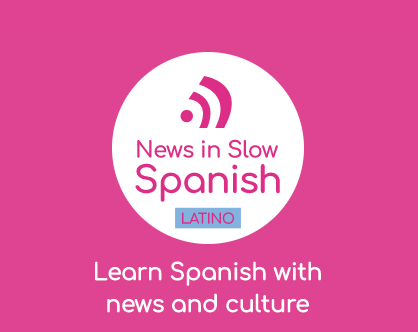 News is Slow Spanish is EXACTLY as it’s titled. Usually one or two “anchors” will read contemporary latin american news VERY slowly. There are no english language introductions or interpretations. It’s just someone speaking in spanish at a pace new learners can comprehend and interpret. I’m still at that point in my spanish learning where my brain needs a second to interpret each spanish word back into english. In most spanish language media (movies, podcasts, music) there just isn’t time to do that. With News in Slow Spanish, I can hear a spanish word and interpret it before the podcast has moved on too far without me. And even if you can’t understand or interpret every word, just listening to spanish helps your brain get familiar with these new sounds and words, making it easier to absorb spanish language as you learn in other ways down the road.

Photo by Juja Han on Unsplash