COVID-19 May Drive Even More Expats to Mexico 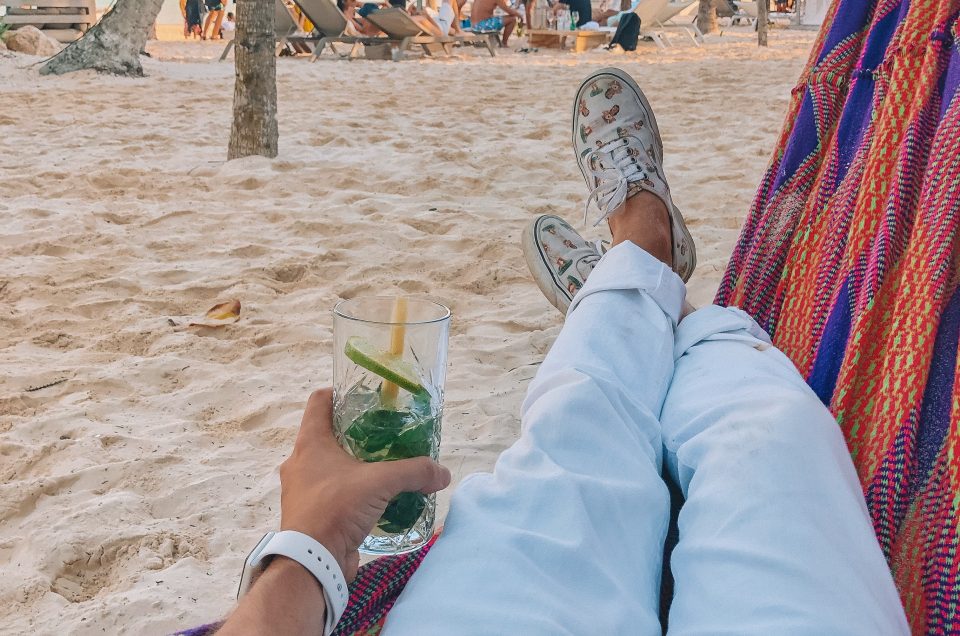 After ten years of cumulative research and writing, on December 16, 2019, my book, The Fun Side of the Wall: Baby Boomer Retirement in Mexico was finally published. I thought the timing was great. I was eager to get in front of people setting New Year’s resolutions to finally make the move to Mexico. Early sales were stellar, making the book a #1 new release. But little did I, or anyone else know that just three months after publication, the world would grind to a halt as we all become victims of the Covid-19 global pandemic. Book sales died and the travel podcasts and blogs I relied on for marketing either ceased operations or changed format to cover the pandemic.

After dedicating so many years of my life to the book, I couldn’t help but feel cursed. As the days dragged into months, it became harder and harder to imagine the world would ever travel the same. But then I started to see rumblings of change. Within the social media groups I monitored, U.S. retirees were starting to ask about Mexico again. Some were even taking trips, having learned the country had relaxed some of their earlier travel restrictions. I looked at pictures of vacationing couples and started to feel hope return for the success of my research. By the fall of 2020 I had made a new wave of media appearances talking about Mexico as a retirement strategy for Baby Boomers financially affected by the pandemic. Book sales started to pick back up.

“Rather than the COVID crises delaying a move, it’s largely accelerated plans for a majority of respondents. Survey participants said that the likelihood that they’ll actually move to Mexico rose 5%, from 49% in 2019 to 54% in 2020.”

Like so many of us, Covid-19 has afforded me more free time than I had before. I used it to conduct a new study. With interest in retirement in Mexico beginning to return, I couldn’t help but wonder if it would be with the same ferocity as before. So, I asked nearly 300 people who were considering a move to Mexico in 2019 just how serious they still were after 2020. What I discovered ran counter to what I expected.

Rather than the COVID crises delaying a move, it’s largely accelerated plans for a majority of respondents. Survey participants said that the likelihood that they’ll actually move to Mexico rose 5%, from 49% in 2019 to 54% in 2020. And they also plan on coming a lot sooner. Sixty-one percent said they planned to move to Mexico within a year or two compared to just 43% in 2019. In fact, this 18% increase was one of the most notable differences between the 2019 and 2020 survey. It may be true that people who have been stuck in their homes for a year are eager for a little adventure, or perhaps facing a global health crisis has encouraged more people to follow their dreams. But it will certainly be interesting to see if these numbers hold fast as people get vaccinated and the possibility of moving to Mexico becomes a reality.

Of the 40% who said they were not ready to move in the next year or two, it should come as no surprise that economics at home is driving that decision. They cited the need to work and save more money as the cause of their delay. And there’s good reason to believe them. According to a study by the Transamerica Center for Retirement Studies, 58% of Baby Boomers saw their employment negatively affected by the pandemic. These effects ranged from a reduction in hours to the complete loss of jobs. And while Baby Boomers did not make up the entirety of our survey sample, people over 55-years-old did account for over 70% of all survey respondents. This response rate certainly holds true from previous surveys. Year-over-year about three-fourths of those who plan to move to Mexico plan to do so to retire.

Further exacerbating the financial situation for Baby Boomers is that fact that seniors remain the most vulnerable to the virus, making them some of the last people to be able to return to in-person employment. That’s really too bad, considering many financial observers concede that Baby Boomers are in a real retirement crisis, with 45% of them having no retirement savings at all. The unfortunate outcome of this is that some Baby Boomers may be making the tough choice between exposing themselves to the coronavirus (through work) or running out of money.

“Lifestyle made a big jump in 2020, with 40% of people making it their number one consideration for moving – a 10% increase over our previous survey.”

So how did money play into survey respondents’ motivations to move to Mexico? It was certainly popular, with 26% of respondents saying they were looking for a lower cost of living. But that wasn’t the top reason. Lifestyle made a big jump in 2020, with 40% of people making it their number one consideration for moving – a 10% increase over our previous survey. Climate rounded out the top three drivers, with 1 in 5 respondents just wanting some better weather.

Another big jump was the number of people who said they were coming by themselves. Thirty-six percent of respondents said they planned to make the move solo, up another 10% over last year. And when they do make the move, two-thirds plan to live in Mexico full-time, another 10% increase over our previous survey.

If you’re already living in Mexico, you’re probably asking yourself where all these people plan to stay. If you live in Puerta Vallarta (PV), expect more company, though not as much as last year. PV remains the most popular prospective destination, followed by Lake Chapala, Los Cabos, Merida, and Playa del Carmen. If you own rental property in any of these towns, then there’s good news. The number of folks who plan to rent rose to 55% over the 30% of respondents who plan to buy. And if your property is in an existing expat community, the news is even better. Sixty percent of survey takers said their preference was to live in a neighborhood with both local Mexicans and expats. They also plan to stay there quite a while, with more than half saying they’ll live in Mexico for more than ten years and another 25% saying they’ll stay at least five.

Now before anyone rolls out the green, white, and red carpet, there are still some significant concerns getting in the way of potential Mexican migration. Security tops that list, with almost 40% of folks stating that safety was still a significant concern – though not quite as significant as last year. Hablas espanol? If so, you’re doing better than 28% of our survey takers, who said fear of learning a new language was making them think twice. Worries about healthcare were also prevalent. This should come as no surprise among an older sample size who may be facing more chronic medical conditions.

Whatever these potential expats decide to do, you can count on the fact they’ll make a smart decision. The people considering a move south of the border are some of the smartest in the world. An astonishing 22% hold a graduate degree while another 25% have at least a bachelors. More education translates to higher incomes, and that should be welcomed news for the local economies these retirees may eventually enter.

Photo by Austin Distel on Unsplash

COVID-19 May Drive Even More Expats to Mexico